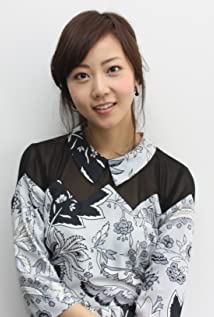 Osaka native Kinami Haruka graduated from Takarazuka High School and went on to obtain an Arts degree from Kokugakuin University of Tokyo. She studied Chinese and English at university. Later on she studied Hangul for a role. While at high school in 2001 she was picked to do PR and be the face for the annual Zenkoku Kotoogako Yakiu Senshuken Taikai school baseball tournament. She won a New Star Horipro agency audition in 2001. She is the younger sister of actress Kinami Sayaka. Between 2002 and 2003 she was a member of a limited idol band Licca celebrating the 35th anniversary of Licca-chan ( Kayama Licca) dress-up doll. They released three singles and a full-length album. She was on the television variety show Fuko No Housoku's reenactment segment in 2004. This began her acting career and she has divided her career between movies and television serials since although the latter has been her main area of activity. Her first starring main role came with Kazoku Hakkei in 2012. She was also the main actress in the 2013 movie 100-Year Clock. Kinami play the lead role in the Kiseki No Hito play which run from October 9 to 19th at The Galaxy Theatre. As with all Japanese actresses she has pushed products and appeared in multiple commercials on TV. Kinami came to this earth on August 9, 1985. She was dating actor and Mr. Hong Kong 2005 Matthew Ko in 2012 and again in 2013. The press speculated that they were seeing each other on and off and occasionally while he was in other relationships. She was dating One OK Rock's Osaka-born bassist Ryota in 2014. She was a fan of the band. Her affairs are managed by Horipro. She loves dancing, ballet and maintains a boyish short hair.