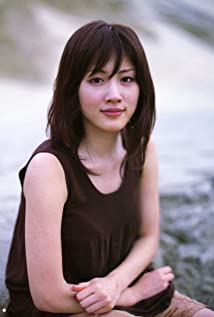 Haruka Ayase was born Aya Tademaru in Hiroshima on March 24, 1985. She's a former gravure idol who has gone on to become a mainstream model, singer & actress. She was athletic during her school days & participated in several sports. She began acting with an appearance in NTV TV's "Kindaichi shônen no jiken bo 3 (2001)" starring Jun Matsumoto in 2001, the short film Justice in 2002, the feature-length Jam Films of 2002 and finally Amemasu No Kawa in 2004. Her debut single, called Piriodo, was released in 2006, making the Japanese charts' top 10. She has subsequently appeared in diverse roles such as a teacher in Oppai Volleyball, as a cyborg in My Girlfriend Is A Cyborg, a blind masseuse in the historical action film Ichi and as a nurse in the Edo period drama, Jin.Due to the roles as well as her physical appearance, she has become a popular figure in Japan, the subject of photo books, a corporate spokesperson & hostess of many TV shows. She has won several awards & has been nominated for more.She's signed to the Horipro Talent Agency, where she got her start after competing in the 25th Horipro Talent Scout Caravan upon moving to Tokyo. She cites karaoke as one of her favorite pastimes.

Tonight, at the Movies

Gibo to Musume no Blues

Fueled: The Man They Called 'Pirate'