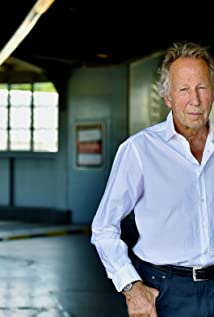 Hartmut Becker is a German popular stage and film star. He has worked in the theatre since 1962, during which time he has starred in dozens of plays and has been featured in many international and national film and television productions. His film debut he made in 1970 with the main role Clark in Michael Verhoeven's feature film "o.k". The film was the official German contribution at the Film Festival Berlin 1970 and it's hot political expressiveness was the sensation of Berlin and killed the festival. Hartmut's performing in this film earned several prices and a great praise in the German feature articles. After "o.k." Hartmut Becker was one of Germany's busiest actors in film and theatre (at the State Theatres of Munich and Berlin he performed leading characters in plays from Shakespeare to Tennessee Williams). More important main parts in films followed like in Verhoeven's "Who lives in the Glass House" (Film Festival Berlin 1971), "Als Mutter streikte", "John Ralling" (tv), "Mitgift", "Audienz" (tv), "Sonntagskinder". His first leading part in an English language production he performed in the BBC-film "Forgive Our Foolish Ways", where he played the role of an German prisoner of war next to Kate Nelligan. The television film became a very big success all over the world. Hartmut's following international film was the American-English production "Jenny's War" (Columbia Pictures) where he portrayed the main part of Karl Koenig, a character in the crucial test between love and war. His partners in this film were Dyan Cannon, Elke Sommer and Trevor Howard. In 1987 he was a supporting actor in the American production "Escape From Sobibor" (director: Jack Gold). In his next Festival-Film "Il Decimo Clandestino" (Festival International du Film Cannes 1989) Hartmut Becker worked together with admirable director Lina Wertmueller. His female partner in this feature film was Dominique Sanda. Several dream parts followed after the success of "Il Decimo Clandestine" (Portraits with Women) for example the characters Niels Jost in "A Silent Conspiracy" (also starring Joss Ackland), Rauscher in the American Film "Triumph of the Spirit" (with Willem Dafoe, Robert Loggia), Lutz in the English-French Television Film "Free Frenchmen" (also starring Derek de Lint, Agnes Soral), Moritz in the English-Austrian feature film "Gave Princip" by Peter Patzak, King Christian in "Young Catherine" (American TV with a.o. Julia Ormond, Venessa Redgrave, Marthe Keller,Maximilian Schell), Rusty in the Italian tv-movie "Requiem Per Voce e Pianoforte" and last not least Dieter Krause in the English TV-thriller "The Waiting Time" (ITV 1999). His last leading in a German feature film was the part of Goran in "The Unforgotten" produced in 2005. In the Germany cinema "Verfehlung" (The Transgression) of 2015 he performed the part Kardinal Schoeller. 2018 brought the role of Lenz Senior in "Liebesfilm". From 2007 to 2012 Hartmut Becker was member in the committee of the German Academy of Film (Deutsche Filmakademie). He's living in Berlin (Germany).

Triumph of the Spirit