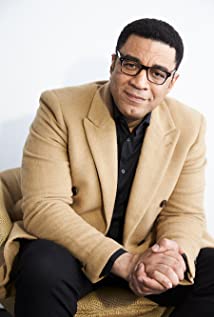 Harry Lennix is an accomplished film, television, and stage actor. His recent credits include Warner Bros.' "Man of Steel", The CW's "Emily Owens, M.D.", Fox's "Dollhouse," HBO's "Little Britain," as well as the critically acclaimed series "24" as Walid Al-Rezani.Harry Joseph Lennix III was born November 16, 1964 in Chicago, Illinois, to Lillian C. (Vines), a laundress, and Harry Lennix, Jr., a machinist. He is of African-American and Louisiana Creole descent. He was not always certain he wanted to be an actor. An A student, he decided to act in his high school's play while he waited for the baseball season to begin. Lennix attended Northwestern University in Evanston, Illinois, where he was recognized in "Who's Who Among American College Students." He majored in Acting and Direction at Northwestern and upon graduation stayed teaching in Chicago for a bit, before moving to New York, and from there to Los Angeles, California.He has appeared in a veritable bevy of movies and guest-starring roles in many popular television shows such as ER (1994), Diagnosis Murder (1993), Century City (2004), and House (2004).Lennix made his Broadway debut in August Wilson's Tony nominated play, Radio Golf. He was seen on the big screen in Working Title's "State of Play." In 2006, Lennix starred in the Golden Globe nominated ABC show "Commander in Chief" as Jim Gardner, the Chief of Staff. His other appearances include the Oscar winning film "Ray," "The Matrix: Reloaded," and "The Matrix: Revolutions." Lennix received critical acclaim and a Golden Satellite Award as Aaron in Julie Taymor's "Titus" starring Anthony Hopkins. A host of other film credits include "Across the Universe," "Barbershop 2," and "Love and Basketball." Lennix starred his as the legendary Adam Clayton Powell, Jr. in Showtime's "Keep The Faith Baby," for which he won a Black Reel Award and was nominated for both an NAACP Image Award and a Golden Satellite Award. He continued to make his presence known with recurring roles on "ER" and "Diagnosis Murder" and other guest starring appearances on shows such as "Law & Order: Los Angeles." Lennix has directed and appeared in stage productions across the country, including the Northlight Theater Company's production of Permanent Collection, at the Greenway Arts Alliance in Los Angeles. Under his directing consultation, it was remounted at Los Angeles' Kirk Douglas Theater.He directed the stage version of Robert Townsend's The Five Heartbeats, which received 3 NAACP Theater Award nominations and The Glass Menagerie for the Steppenwolf Theater Company. As a stage actor, Lennix was the first distinguished recipient of an Ollie Award for his portrayal of Malcolm X at the Goodman Theater in Chicago and two Joseph Jefferson Citations for his roles in Ma Rainey's Black Bottom and Caught in the Act. He also starred as King Hedley II, another play by August Wilson, at the Mark Taper Forum. In 2001, he was part of the first American company to be invited to the Royal Shakespeare Company in the production of Cymbeline. Lennix has also been extremely active in his native Chicago community where he was an English and music teacher before becoming an actor.He founded Legacy Productions with renowned director Chuck Smith in 1989. The company is dedicated to promoting significant works about the African American experience. He is on the staff of the Goodman Theater Co. He also is active in various civic groups and is on the Advisory Council for his alma mater, Northwestern University.He resides in Los Angeles. Harry has two older brothers and an older sister, and often returns to Chicago to visit his remaining family.