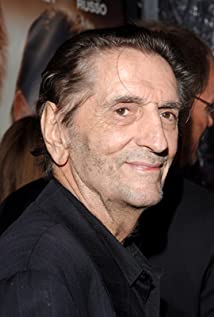 Stanton was born in West Irvine, Kentucky, to Ersel (Moberly), a cook, and Sheridan Harry Stanton, a barber and tobacco farmer. He lived in Lexington, Kentucky and graduated from Lafayette Senior High School with the class of 1944. Drafted into the Navy, he served as a cook in the U.S. Navy during World War II, and was on board an LST during the Battle of Okinawa. He then returned to the University of Kentucky to appear in a production of "Pygmalion", before heading out to California and honing his craft at the prestigious Pasadena Playhouse. Stanton then toured around the United States with a male choir, worked in children's theater, and then headed back to California.His first role on screen was in the tepid movie Tomahawk Trail (1957), but he was quickly noticed and appeared regularly in minor roles as cowboys and soldiers through the late 1950s and early 1960s. His star continued to rise and he received better roles in which he could showcase his laid-back style, such as in Cool Hand Luke (1967), Kelly's Heroes (1970), Dillinger (1973), The Godfather: Part II (1974), and in Alien (1979). It was around this time that Stanton came to the attention of director Wim Wenders, who cast him in his finest role yet as Travis in the moving Paris, Texas (1984). Next indie director Alex Cox gave Stanton a role that brought him to the forefront, in the quirky cult film Repo Man (1984).Stanton was now heavily in demand, and his unique look got him cast as everything from a suburban father in the mainstream Pretty in Pink (1986) to a soft-hearted, but ill-fated, private investigator in Wild at Heart (1990) and a crazy yet cunning scientist in Escape from New York (1981). Apart from his film performances, he was also an accomplished musician, and "The Harry Dean Stanton Band" and their unique spin on mariachi music played together for well over a decade. They toured internationally. He became a cult figure of cinema and music and when Debbie Harry sang the lyric, "I want to dance with Harry Dean..." in her 1990s hit "I Want That Man", she was talking about him. Stanton remained consistently active on screen, lastly appearing in films including Fear and Loathing in Las Vegas (1998), The Green Mile (1999) and The Man Who Cried (2000).

This Must Be the Place