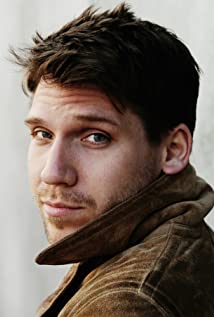 Hanno Koffler is one of the most hard-working and interesting talents of Germany in recent years. With the outstanding hit Freier Fall (2013), he conquered audiences all around the world, becoming a more familiar face and name, even though his career as an actor started more than ten years earlier. Previously his career consisted more of theatre works and as a drummer for Kerosin, band founded by him and his brother Max in the 1990's.His film debut was in REC - Kassettenjungs/Kassettenmädchen (2002), and from then on he constructed a career playing both supporting roles and leading roles, displaying great intensity. Among films, TV films and series, Koffler can be seen Anatomy 2 (2003), Summer Storm (2004), Hallesche Kometen (2005), Krabat and the Legend of the Satanic Mill (2008), alongside Daniel Brühl and David Kross, The Red Baron (2008), Nacht vor Augen (2008) - which earned his first award; If Not Us, Who? (2011), Tough Love (2015), among many others.However, it was Freier Fall (2013) that marked him the best (so far). In the role of Marc Borgmann, a straight and married police officer who discovers different feelings when a male colleague (played by Max Riemelt, a frequent co-star of Hanno in many films and also a personal friend) approaches him with different intentions that Koffler showed a powerful emotional range while playing this repressed and tormented character who opens himself to new possibilities and to love as well. The celebrated film earned his first nomination as Best Actor in the German Film Awards and is about to get a sequel, which is being produced by crowdfunding from fans around the globe. And with this current exposure, we'll be seeing a lot more of this handsome great actor in many years to come.