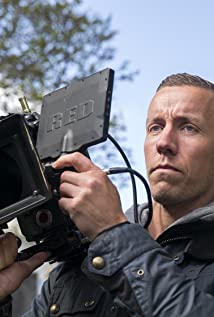 Hannes Halldórsson is a professional goalkeeper and filmmaker. Originally from Reykjavik, Hannes worked simultaneously as a professional footballer and a filmmaker with Icelandic studio Sagafilm. He always considered filmmaking to be his main profession but had to put it on the back-burner when his strong performances earned him a move to play for a Norwegian club. He has gone on to play for clubs in Denmark, Netherlands and Azerbaijan, as well as the Iceland national team over seventy times. His film credits include the video for Iceland's 2012 Eurovision Song Contest and a 2018 Coca Cola advert for the World Cup, which was chosen the Advert of the Year in Iceland. 2021 he directed, co-wrote and co-edited his first feature film Leynilögga (Cop Secret) which was nominated for the Golden Leopard at the Locarno film festival.