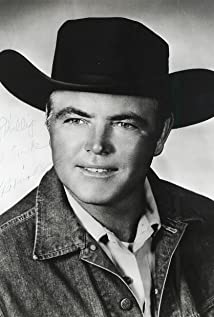 Tall (6'1"), tough, and burly actor, extra, and baseball player Hank Robinson was born Henry Ford Robinson on March 27, 1923 in Covington, Tennessee. Robinson grew up on a sharecropper farm in rural Tennessee and served in the U.S. Army during World War II. Hank spent thirteen seasons playing in the minor leagues in such places as Hollywood, Denver, Gladewater, Yakima, Little Rock, Saginaw, Lake Charles, Galveston, and Laredo. Robinson worked as a security guard at MGM before embarking on a career as an extra in the mid-1960's. Hank frequently popped up as cowboys on various Western TV shows and made often uncredited cameo appearances in a handful of movies. Not surprisingly, Robinson in the latter part of his acting career landed occasional credited roles both in film and on television alike in which he was cast to type as a baseball umpire. Moreover, Hank also scouted and coached young baseball players in both California and Nevada as well as was an avid golfer. Robinson died at age 89 on April 7, 2012 in Las Vegas, Nevada. He was survived at the time of his death by his wife Mildred, daughters Carin and Debra, son Robbie, and three grandchildren.

Talent for the Game

The Naked Gun: From the Files of Police Squad!

Lookin' to Get Out