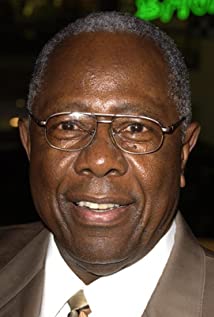 Baseball's all-time home run king, Hank Aaron did more than hit home runs. Sure, Aaron led the National League (NL) four times, he also was a two-time batting champion and led the league in RBIs four times and runs scored three times. He won the NL's Most Valuable Player award in 1957 and has a lifetime batting average of .305. Aaron got his start playing for the Indianapolis Clowns, of the Negro Leagues before signing on with the Milwaukee Braves. He played at their minor league team in Eau Claire, Wis., one of the first black players there, and was brought up by the Braves in 1954. For the next 23 years, Aaron clobbered Major League pitchers. Never a charismatic player, Aaron often let his bat do the talking. He was the subject of intense media scrutiny in 1973-74 when he approached Babe Ruth's hallowed home run record. Aaron received more than 10,000 letters (most of them hate mail and even death threats) during the off-season claiming he should not break the record. Ever the ultimate professional and gentleman, he ignored the insults and slurs and went about the opening season in 1974. On April 8, 1974, Aaron hit his 715th home run, breaking Ruth's record and in doing so, received the undying support of the fans. He finished with 755 overall before retiring after the 1976 season. Aaron was elected to baseball's Hall of Fame in 1982, and now works in the front office for the Atlanta Braves.