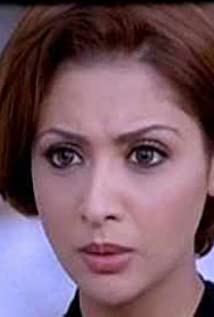 One of Egypt's most talented actresses. With her expressive brown eyes, lustrous dark hair and flawless olive skin, the ballet dancer, and actress burst onto the scene in 1991, making her mark on the Egyptian Actresses list and audiences as well.She co-stars with Nadia El Gendyand Mahmoud Hemida in Wild Desire (1992). One of Egypt's foremost leading ladies of the 1990s, Hanan has managed to make her mark on Arabic audiences as well. Born in (Cairo) on 7th of March 1976, Hanan was one of three children, Hanan, Hussein and Hossam of a Father who owns a Factory for Women's wear (El Torki for Dresses). After years of intensive study in ballet, she broke into acting in 1991. In 1992, she had starring roles in The Emigrant (1994), for famous director Youssef Chahine. In 1998, she had the starring role as well in The Other (1999), two very disparate films. Hanan proved to be a huge success. Success gave Hanan a dose of Arab recognition, and, after starring in a number of Egyptian films, she enhanced this recognition in the year 2000 with the entry to TV series Opera Ayda (2000)That same year, she had a brief but memorable role in breakthrough film The Storm (2000).

Kiss Me Not on the Eyes