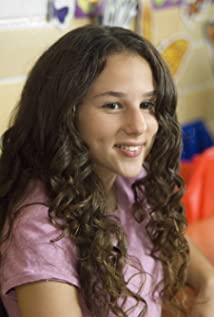 Hallie Eisenberg was born August 2, 1992, in East Brunswick, New Jersey, to parents Amy and Barry Eisenberg, who are both professors in the health care field. Beginning her acting career at age 4, Hallie has appeared in many films including The Insider with Al Pacino and Russell Crowe, and Bicentennial Man with Robin Williams, as well as the Broadway production of The Women. She also starred in a series of commercials for Pepsi with guest stars such as Faith Hill, KISS, Aretha Franklin, and Jeff Gordon. Her older brother is Academy Award nominee Jesse Eisenberg.

How to Eat Fried Worms