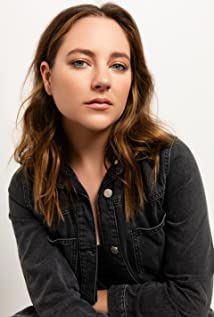 Haley Ramm has been making a name for herself over the past decade working alongside Hollywood veterans such as Jodie Foster, Sean Penn, Hope Davis, Jason Bateman and Peter Sarsgaard. Her innocent beauty coupled with her gritty roles in film and television have made her a standout among young Hollywood. Haley most recently starred in Hulu's thriller Light As A Feather and is well known from her starring role in the Freeform drama Chasing Life. She can next be seen starring opposite Keke Palmer in the Showtime film PIMP from Executive Producer Lee Daniels.At age three Haley Ramm, a Dallas native, started dancing in local studios. Her love of dancing on stage led to enrollment in acting classes and, at the recommendation of a teacher, her parents began looking for an agent. Almost immediately she signed an agency contract. After a few years of booking independent shorts and a slew of Hasbro commercials, Haley and her family ( with the help of her Dallas agent) discussed giving Los Angeles a shot.Upon making the move from Texas, she began booking roles and capturing audiences in co-star / guest-star roles and blockbuster films. After finding a manager in L.A., she booked small guest roles on CSI: Crime Scene Investigation (2000) and Yes, Dear (2000). Those television roles were followed by two national commercials. Then she booked what was to be her feature film debut in Rumor Has It... (2005). The Rob Reiner-directed film went through script rewrites and her role as "the young Jennifer Aniston" was cut to merely still shots. Soon after came Flightplan (2005). Just a few short months after completing "Flightplan" she booked the role of Kelly Beardsley, Dennis Quaid's daughter, in the comedy Yours, Mine & Ours (2005). It was another great opportunity to work with phenomenal actors. Dennis, Rene Russo and Jerry O'Connell proved to be great role models with strong work ethics. Soon after came Into The Wild (2007), X-Men: The Last Stand (2006), Skateland (2010), Red State (2011) and Disconnect (2012). At the same time she was building her TV resume with a notable 6 episode arc on Without A Trace and guest stars on NCIS, iCarly, The Mentalist and Nikita. Since then Haley has steadily worked even while a series regular on Freeform's Chasing Life. During these years she shot Dakota's Summer [in which she stars as 'Dakota Rose' with Emily Rickards and Marin Hinkle], ImagiGary [directed by and starring The Middle's Charlie McDermott], and Victor [with Khleo Thomas], Blumhouse's Seven in Heaven, Banana Split [ Written by Hannah Marks and directed by Benjamin Kasulke].In 2015, she joined forces with AARDA (American Autoimmune Related Diseases Association) as a celebrity ambassador and together, with her mother who suffers from multiple autoimmune diseases, launched AARDA's "Linking Together For A Cure" walk in Los Angeles which is in its 4th year. Raising awareness and research money for these diseases is a passion for Ramm and she has successfully recruited support and spread awareness for AARDA.Haley currently resides in Los Angeles .