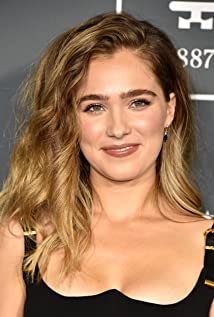 Haley Lu Richardson was born and raised in Phoenix, Arizona, as the only child of creative parents, Valerie (Valiquette), a graphic designer, and Forrest Richardson, a golf course architect. She attended Montessori school, where kids are encouraged to think outside the box and value self-motivation. Dance was ingrained in Haley's childhood. She was a member of a competitive dance company for eight years, training and performing 20+ hours a week.This passion propelled Haley Lu to move to Los Angeles at the age of 16. Getting a dance agent before an acting one was only natural, even though the latter was always her end goal. Her first couple years in LA consisted of primarily dance opportunities, as she had very little formal acting training. As she gained more confidence and experience she was able to land her first lead acting roles in The Last Survivors (2014) and The Young Kieslowski (2014). Since then, Haley Lu has played unique and contrasting roles on television and film.Haley Lu Richardson is best known for her roles in The Edge of Seventeen (2016), Split (2017) and Columbus (2017).