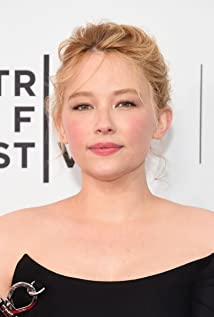 A natural talent with a striking presence, Haley Bennett continues to establish herself as one of Hollywood's most dynamic actresses.Upcoming, Bennett will star opposite Austin Stowell in Carlo Mirabella-Davis's SWALLOW, on which she also serves as an executive producer. Bennett plays 'Hunter,' a pregnant, young housewife, whose seemingly perfect existence takes an alarming turn when she begins compulsively and uncontrollably eating dangerous objects. The film made its world premiere at the 2019 Tribeca Film Festival, garnering massive critical acclaim, including Bennett's award for Best Actress. The film later appeared at the 2019 Deauville Film Festival, where it was awarded the Prix spécial du 45E and nominated for the Grand Special Prize. IFC Films is set to release the film in March 2020.Following, Bennett will be seen in Ron Howard's HILLBILLY ELEGY for Netflix. Amy Adams and Glenn Close co-star in the film. Based on J.D. Vance's bestselling memoir that follows three generations of an Appalachian family as told by its youngest member, a Yale law student is forced to return to his hometown. Bennett will also star in Antonio Campos's Netflix thriller THE DEVIL ALL THE TIME alongside Robert Pattinson, Bill Skarsgard, and Jason Clarke. Set in rural southern Ohio and West Virginia, the film follows a cast of compelling and bizarre characters from the end of World War II to the 1960s. Both films are set for release in 2020.Bennett's other film credits include THE RED SEA DIVING RESORT opposite Chris Evans; THANK YOU FOR YOUR SERVICE opposite Miles Teller; THE GIRL ON THE TRAIN co-starring Emily Blunt; THE MAGNIFICENT SEVEN opposite Denzel Washington and Chris Pratt; Warren Beatty's RULES DON'T APPLY; Antoine Fuqua's hit film THE EQUALIZER with Denzel Washington and Gregg Araki's festival darling KABOOM, which premiered at the Cannes International Film Festival in 2010.Bennett made her on screen debut opposite Drew Barrymore and Hugh Grant in the Marc Lawrence-directed film MUSIC AND LYRICS. She then went on to star in a range of different films including the hugely successful MARLEY AND ME opposite Jennifer Aniston and Owen Wilson and directed by David Frankel, ARCADIA LOST opposite Carter Jenkins and Academy-Award-Nominee Nick Nolte, and in Shekhar Kapur's short film PASSAGES, opposite Lily Cole and Julia Stiles which premiered to critical acclaim at the prestigious Venice Film Festival.In 2018, Bennett made her stage debut opposite Peter Dinklage in the Terris Theatre's CYRANO, a new musical adaptation of Cyrano de Bergerac for Goodspeed featuring original music by the National's Aaron and Bryce Dessner.