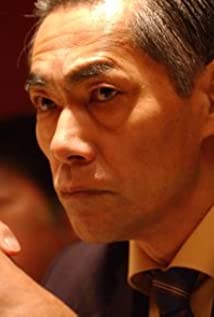 Scholastically sound and versed in several languages, Hal Yamanouchi has not lacked for work or means to keep busy. Born in Japan, his collegiate years were dedicated to studying language and literature. He attended the Tokyo University of Foreign Studies as well as the Perugia (Italy) University of Foreign Languages. He began his acting career in 1966 and has appeared in a variety of films and television series on both western and eastern sides of the acting world. His film credits include the Italian-produced Sinbad of the Seven Seas (1989) starring Lou Ferrigno of The Incredible Hulk (1977) TV fame. American audiences may also find him in the undersea adventure comedy The Life Aquatic with Steve Zissou (2004) with Bill Murray. He could also be seen in the science fiction action thriller Push (2009).Yamanouchi is not unfamiliar with the stage and has taught theatre and choreographed operas and stage plays. Drawing from his education in languages and literature, he has translated films from Italian to Japanese and vice versa. He has also done work dubbing voices in different languages for other actors.

A Boss in the Living Room