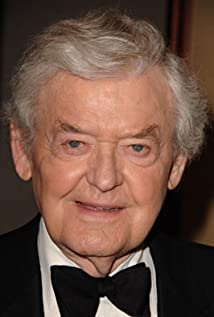 Hal Holbrook was an Emmy and Tony Award-winning actor who was one of the great craftsmen of stage and screen. He was best known for his performance as Mark Twain, for which he won a Tony and the first of his ten Emmy Award nominations. Aside from the stage, Holbrook made his reputation primarily on television, and was memorable as Abraham Lincoln, as Senator Hays Stowe on The Bold Ones: The Senator (1970) and as Capt. Lloyd Bucher on Pueblo (1973). All of these roles brought him Emmy Awards, with Pueblo (1973) bringing him two, as Best Lead Actor in a Drama and Actor of the Year - Special. On January 22, 2008, he became the oldest male performer ever nominated for an Academy Award, for his supporting turn in Into the Wild (2007).He was born Harold Rowe Holbrook, Jr. on February 17, 1925 in Cleveland, Ohio, to Eileen (Davenport), a vaudeville dancer, and Harold Rowe Holbrook, Sr. Raised primarily in South Weymouth, Massachusetts by his paternal grandparents, Holbrook attended the Culver Academies. During World War II, Holbrook served in the Army in Newfoundland. After the war, he attended Denison University, graduating in 1948. While at Denison, Holbrook's senior honors project concerned Mark Twain.He later developed "Mark Twain Tonight!," the one-man show in which he impersonates the great American writer Mark Twain, aka Samuel Clemens. Holbrook learned his craft on the boards and by appearing in the TV soap opera The Brighter Day (1954). He first played Mark Twain as a solo act in 1954, at Lock Haven State Teachers College in Pennsylvania. The show was a success that created a buzz. After seeing the performance, Ed Sullivan, the host of TV's premier variety show, featured him on The Ed Sullivan Show (1948) on February 12, 1956. This lead to an international tour sponsored by the U.S. Department of State, which included appearances in Iron Curtain countries. Holbrook brought the show to Off-Broadway in 1959. He even played Mark Twain for President Dwight D. Eisenhower. The 1966 "Mark Twain Tonight" Broadway production brought Holbrook even more acclaim, and the Tony Award. The show was taped and Holbrook won an Emmy nomination. He reprised the show on Broadway in 1977 and in 2005. By that time, he had played Samuel Clemens on stage over 2,000 times.Among Holbrook's more famous roles was "The Major" in the original Broadway production of Arthur Miller's "Incident at Vichy", as Martin Sheen's significant other in the controversial and acclaimed TV movie That Certain Summer (1972), the first TV movie to sympathetically portray homosexuality, and as Abraham Lincoln in Carl Sandburg's acclaimed TV biography of the 16th President Lincoln (1974), a role he also portrayed in excellent performances too in North & South: Book 1, North & South (1985) and North & South: Book 2, Love & War (1986). He also is known for his portrayal of the enigmatic "Deep Throat" in All the President's Men (1976), one of the major cinema events of the mid-'70s. In the 1990s, he had a regular supporting role in the TV series Evening Shade (1990), playing Burt Reynolds' character's father-in-law.Hal Holbrook died on January 23, 2021, at 95 years, in Beverly Hills. He was buried in McLemoresville Cemetery in Tennessee with his wife Dixie Carter.

Good Day for It