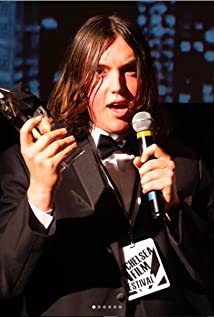 Hal Cumpston is an up and coming actor hailing from Australia who has shown his impressive versatility in film and television, and proven to be one to watch in the industry.Hal wrote, produced and starred in the teen comedy feature film 'Bilched'. This coming-of-age film enters Hal's world of Sydney's Eastern Suburbs and takes the audience on a wild ride through his last days of high school. Dubbed the Australian 'Superbad', 'Bilched' was accepted into the 2019 Chelsea Film Festival and received awards for Best Screenplay, Best Supporting Actor, and was awarded the Grand Prix Best Feature Film title.During Hal's senior year of high school, he was shortlisted for "OnStage," which recognizes excellence for high school student drama performances. He was also chosen as a state finalist in the highly competitive Australian "Class Clowns" Stand Up Comedy competition.These accolades caught the attention of the US entertainment industry, and forged the path that led him to land a lead role as 'Silas' in 'The Walking Dead: World Beyond', the latest installment of AMC's critically acclaimed franchise. The series premiered on October 4, 2020.Most recently, it was announced that Hal will star opposite Nicole Kidman and Melissa McCarthy in Hulu's tentpole limited series 'Nine Perfect Strangers'. The show takes place at a boutique health-and-wellness resort that promises healing and transformation as nine stressed city dwellers try to get on a path to a better way of living. Hal will play Zach Marconi, the late, twin brother of Zoe Marconi (Grace Van Patten).