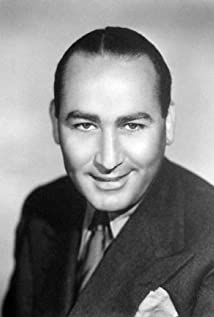 Legendary producer Hal B. Wallis was born in Chicago and moved to Los Angeles when he was in his early 20s. He got a job managing a theater owned by Warner Bros., and his success at the job caught the eye of studio head Jack L. Warner, who gave him a job in the studio's publicity department. Within a few months Wallis had worked his way up to head of the department. He was named studio manager in 1928 and production manager shortly thereafter, but was pushed aside by another legendary producer, future 20th Century-Fox studio head Darryl F. Zanuck. In 1933 Zanuck left Warner and Wallis moved back to his old position. He oversaw the production of many of Warners' most famous films, including Little Caesar (1931), I Am a Fugitive from a Chain Gang (1932), Captain Blood (1935), The Adventures of Robin Hood (1938) and Casablanca (1942). In 1944 Wallis left Warner and formed his own production company, and achieved even more success, being responsible for such films as The Rose Tattoo (1955), Becket (1964), and a string of Elvis Presley movies, most of which were economically produced and all of which made a fortune. Wallis' last picture was the John Wayne western Rooster Cogburn (1975).

Anne of the Thousand Days

The Sons of Katie Elder