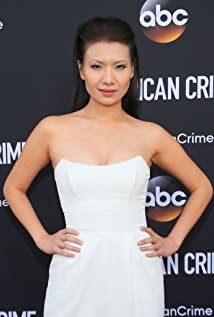 Gwendoline's breakthrough was a Series Regular role on Desperate Housewives as naughty maid Xiao-Mei. She was then handpicked by Robert Duvall to star opposite him on Emmy Winning Western Broken Trail which garnered her a NAMIC Vision award nominated for best supporting actress.She starred in the 2018 Emmy-nominated American Girl: Ivy & Julie, Amazon Prime's first movie with an all Asian American cast.Gwendoline received critical acclaim on TV series American Crime, created and directed by Oscar winner John Ridley as Oklahoma born Sargent "Richelle" alongside a racist mother-in-law portrayed by Felicity Huffman. She has guested on other hit TV shows like NCIS & Grey's Anatomy.She won two best actress awards for indie feature Heathens & Thieves at the Houston International Film Festival and Iowa Film Festival. She was in movies The Jane Austen Book Club with Emily Blunt & Hugh Dancy & The Magic of Ordinary Days with Keri Russell.Gwendoline has voiced over fifty games and cartoons including Shinigami on TMNT, Nala Se on Star Wars Clone Wars & Paine in Final Fantasy X2. She has been nominated for 3 BTVA awards.She was honored as Alumna of the year with the UCLA Asia Pacific Alumni Award in 2016.Gwendoline designed a sold out clothing line from which proceeds benefitted the Appalachian region in Kentucky.Gwendoline Yeo immigrated from Singapore to San Francisco at eleven. She won Miss Teen Chinatown SF, Miss Asian America & Miss Chinatown USA. She graduated from UCLA Summa Cum Laude, Phi Beta Kappa and has a diploma in piano from the San Francisco Conservatory of Music.She was discovered playing the Chinese Zither by NPR executives and was invited to write, narrate and score her immigrant and ugly duckling journey in a one woman radio show on "The Politics of Culture." She later turned this into a theatre piece titled "Laughing With My Mouth Wide Open" that had a successful run at the El Centro Theatre. Both received rave reviews.