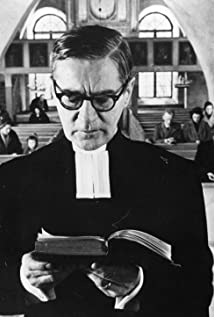 Being the son of an acting father, Oscar Johanson, it isn't surprising that he wanted to be an actor already as a child. However, he first worked as a baker's apprentice, in a barber shop or in the docks. After the conscription he got his first role, a bit part on the theater Lilla Teatern in Stockholm, while he took acting lessons. One of his early roles was against Gösta Ekman, one of the best Swedish actors of that day. In the autumn 1933 he became a student at the Royal Dramatic Theater's acting school, along with Ingrid Bergman, Signe Hasso and the girl who was to become his lifelong wife, Lillie Björnstrand. After graduation they found employment at the Swedish Theater in Vasa, Finland. After two years of stage acting they returned to Sweden and outmost poverty. Besides small time stage acting he was only offered bit parts in the movies. In 1943 he made his breakthrough debut with Night in the Harbor (1943). During WW2 he also made his first work with Ingmar Bergman on the theater: August Strindberg's play Spöksonaten. He mainly appeared in light comedies until the movies that made him internationally famous: Ingmar Bergman's Sawdust and Tinsel (1953), A Lesson in Love (1954) and Smiles of a Summer Night (1955). He became a close friend of Mr. Bergman. The 1960s was less successful and when his contract with Svensk Filmindustri (SF) ended, it wasn't renewed. Instead he made TV-theater, theater in Sweden and movies in Italy almost until his death. Other interesting movies with him are Kristin Commands (1946), Private Bom (1948) and Waiting Women (1952).

The Making of Fanny and Alexander

The Making of Autumn Sonata