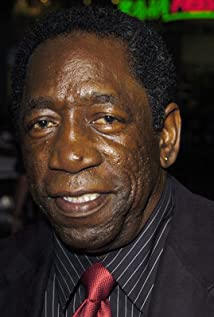 Born in Hubbard Texas November 2,1947, to parents, Grover and Odessa Coulson, Graduated from Dunbar High School, Ft. Worth Texas, 1966. The next year enrolled at Tarrant County Jr. college to study theater. After one semester he went into the Army for two years ,and upon discharge, returned to college to continue his studies in acting.. Learning of an audition at a community theater he met and audition for the very Talented writer, director, Johnny Simons, of the Internationally known ( Hip Pocket Theater ) and for the next 10 years worked, learned, and grew as an actor at H.P.T.,An interesting highlight. H.P.T. was the first theater company from Texas ever invited to perform at the Edinburgh theater Festival in Scotland.also the first theater company to preform at Queen Elizabeth Hall of London . An unexpected invited to audition for a play, " In The Middle Of Nowhere " at Dallas's Theater Three landing his first professional live theater acting job. During one performance of that show, the then artistic director of The Dallas Theater Center, Ken Bryant, saw his performance and invited Grover to audition for him at the Dallas Theater Center where he was cast in "Prologue to All The Kings Men ",and for the next several years he worked between these two Dallas Theaters and Ft. Worth's, Jubilee Theater ,Stage West Theater & Hip Pocket Theater. After one show at H.P.T. Grover was approached by an agent who took him on as a client and on his first TV audition for the hit TV show ", Dallas" was cast in his first television show opposite , Larry (J. R.) Hagman .. It was then he ,started to transition from stage to screen. In 2003 he auditioned for the movie " Friday Night Lights" directed by Peter Berg and landed the co-staring role,( L.V. Miles ). That role has to many acting opportunities, Life is good.

A Heart That Forgives