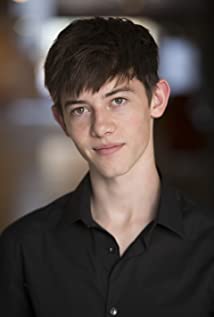 Griffin Gluck is among Hollywood's young actors to watch, who at the age of 17 already has over ten years of acting experience under his belt. His big break came in 2011 when he was chosen for the role of Jennifer Aniston and Adam Sandler's son 'Michael' in Just Go With It, for which he received a Young Artist Award nomination.Since then, Gluck has acquired an impressive collection of credits in both film and TV, and has worked with some of the most well-known names in entertainment. From working with a stellar cast in Shonda Rhimes' Private Practice, to working with Oscar-winner Octavia Spencer in Red Band Society, to his lead role in ABC's Back in the Game alongside James Caan, Gluck has showcased an impressive versatility doing both drama and comedy.Most recently, Gluck starred as Sam Ecklund on Netflix's True Crime satire American Vandal. The limited series received broad critical acclaim, including a Writers Guild nomination for Best New Series and a Critics' Choice Award nomination for Best Limited Series.On the silver screen, Gluck starred as 'Rafe Khatchadorian' in Middle School: The Worst Years of My Life, based on the New York Times #1 bestselling book of the same name by James Patterson. Gluck also starred in the holiday comedy Why Him from director and co-writer John Hamburg, where he played 'Scotty Fleming,' Bryan Cranston's onscreen son.Additional feature film credits include Larry Gaye: Renegade Male Flight Attendant, Trust Me directed by Clark Gregg and Just Before I Go directed by Courteney Cox,Gluck also has an extensive background in television, including guest roles in FOX's hit comedy The Mick, CBS's Man With a Plan, NBC's About a Boy and HBO's Silicon Valley, where his role of 'Adderall Boy' went viral.When not acting, you can find Gluck working out, playing Xbox or hanging with his cat, M.J.