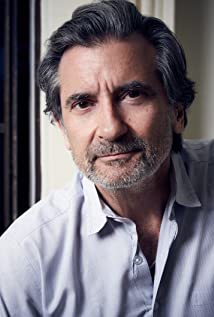 Griffin Dunne was born on June 8, 1955 in New York City, the oldest child of Dominick Dunne, a producer, actor, and writer, and Ellen Beatriz (Griffin) Dunne, an activist. His sister was actress Dominique Dunne. He grew up mainly in Los Angeles, California and attended school in Colorado before moving back to New York in the late 1970s. As an actor, Dunne has the distinction of having starred in two 1980s cult favorites. First came the John Landis monster movie An American Werewolf in London (1981), then the Martin Scorsese black comedy After Hours (1985). After Hours is also among the movies that Dunne has produced with partner Amy Robinson through their company Double Play Productions. Other Double Play productions include Running on Empty (1988), White Palace (1990) and Once Around (1991). Dunne has continued to appear on both sides of the camera, taking supporting roles as an actor in films like My Girl (1991) and I Like It Like That (1994). He made his directorial debut with a short film, Duke of Groove (1996), which was nominated for an Oscar.Dunne then made the leap to feature films with Addicted to Love (1997), Practical Magic (1998), Lisa Picard Is Famous (2000) and Fierce People (2005). Dunne produced and starred in the film Game 6 (2005), which premiered at the Sundance Film Festival in 2005.Griffin's ancestry is Irish (from his father) and Irish, English, German, Mexican, and Swedish (from his mother).

Joan Didion: The Center Will Not Hold