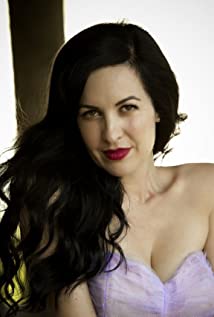 Grey Griffin was born in Fort Ord, California. She is a singer and well-known voice actress. She was raised by her grandmother through her difficult childhood because her mother was a drug addict. Her grandmother was a singer and performed often with Tito Puente. Grey was highly interested in goth bands, mostly The Cure. Her mother, however, born-again Pentecostal, strictly forbade Grey to listen to goth music. In her late teens, she sang gospel songs. Thanks to that, she became interested in stand-up comedy and started to perform it. She also had a talent for voice impressions, which led to voice acting.Griffin started in a few animation series and, since then, has been featured in numerous video games.She is best-known for her sinister voice of the evil sister "Vicky" in the Nickelodeon TV series, "Fairly OddParents" (2001-2013), as well as the equally evil "Mandy" in the Cartoon Network TV show, "The Grim Adventures of Billy and Mandy" (2001 - 2007). She voiced evil, cold "Mandy" again in two more films about Billy and Mandy, "Billy and Mandy Big Boogie Adventure" (2007) and "The Grim Adventures of KND" (2007), opposite'Richard Steven Horvitz' (Billy) and Greg Eagles (Grim).In 2002, Grey DeLisle married musician Murry Hammond, the bassist for the band, Old 97's. Their first child, Jefferson Texas Hammond, was born in 2007, in Los Angeles, California.