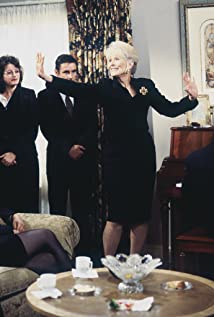 Lovely, sparkling blonde musical actress and dancer Gretchen Wyler was born Gretchen Patricia Weinecke on February 16, 1932, in Bartlesville, Oklahoma, the daughter of Louis Gustave Weinecke, a gasoline engineer, and Peggy (nee Highley) Weinecke. She graduated from her home town high school and went on to study dance with June Runyon in Tulsa, Oklahoma.Making her debut with the St. Louis Municipal Opera in 1950 as part of the ballet ensemble, she moved to New York where she found a year-long job as a chorus dancer on Broadway in "Where's Charley?" in 1951. She then played in the chorus of "Guys and Dolls" the following season. In 1955 Gretchen earned the break she was looking for when she won the Broadway role of Janice Dayton in "Silk Stockings" and was the recipient of the ("supporting actress") Outer Critics Circle Award for her provocative, scene-stealing work. Other alluring Broadway roles in musicals followed with Lola in "Damn Yankees" and Rosie in "Bye Bye Birdie". In 1968, she made her London debut in the title role of "Sweet Charity" and stayed with the role for over a year. She has practically run the musical comedy gamut over time appearing in various stock productions, both singing and non-singing, of "Sly Fox" (Drama Desk nomination), "The Gingerbread Lady", "The Man Who Came to Dinner", "Redhead", "Annie Get Your Gun", "Kismet", "Applause", "Born Yesterday", "Call Me Madam", "A Hatful of Rain", "Bus Stop", "Annie", "Can-Can", "Mame", "42nd Street" and the musical version of "Destry Rides Again".Making her TV debut in 1956 on "The Colgate Comedy Hour", Gretchen appeared occasionally on such light-hearted shows as "Sergeant Bilko" and in the musical variety format, notably with Bob Crosby. Gretchen did not make her film debut until middle-age with The Devil's Brigade (1968) starring William Holden, and went on to play Goldie Hawn's aunt in the film Private Benjamin (1980). She also toured extensively with her own nightclub act, in concerts and with her one-woman show "Broadway Greats and the Songs That Made Them Famous".In later years she guested more and more on TV, including "Who's the Boss?," "Designing Women," "Love & War," "The 5 Mrs. Buchanans," "Judging Amy" and, notably, the classic "Friends" sitcom (hilarious as the skin-flint singing widow/hostess who tries to stiff Monica and Phoebe for their catering services at her husband's funeral reception). Outside of some prime-time appearances in "Judging Amy" and "Providence", she has also appeared in such daytime soaps as "Search for Tomorrow" and "Somerset". In 1997 she ended her stage career right where she began -- at the St. Louis Municipal Opera -- playing the irrepressible Dolly Levi. She was last seen on TV as a guest on an episode of the TV series "State of Grace" in 2002.Away of the limelight, she produced the off-Broadway play "The Ballad of Johnny Pot" in 1971 but, more importantly, dedicated her life's passion to animals as a noted activist. In 1968 she founded a shelter for animals in upstate New York and was on the boards of several humane and wildlife organizations, also sponsoring animal welfare legislation. She was the founder of the Genesis Awards for animal protection. In 2005, Gretchen was inducted into the U.S. Animal Rights Hall of Fame for her dedicated service to animals.Divorced (with no children) since 1968, Gretchen shared her home with several animals including dogs, cats and horses. She died at age 75 on May 27, 2007, from complications of breast cancer. That year, in tribute, the first Gretchen Wyler Award was given to former Beatle Paul McCartney.