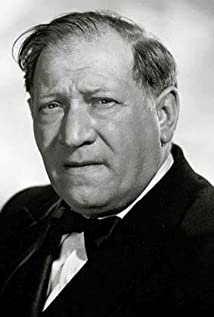 Producer, director and actor Gregory Ratoff was born in Samara, Russia on April 20, 1897, and studied at the University of St. Petersburg. His pursuit of a law career was interrupted by service in the Czar's army, and he fought in World War I. He later changed his focus and went on to make a name for himself with the Moscow Art Theatre. Fleeing his homeland during the Bolshevik revolution, he resettled in France. While performing in the Paris production of "Russe Revue" in 1922, impresario Lee Shubert brought Ratoff and the show to Broadway and the actor decided to stay. Also in this revue was Russian actress Eugenie Leontovich; the couple married a year later. Ratoff joined the Yiddish Players in addition to appearing in Shubert's productions and became known as a theatrical impresario himself, performing in all three capacities (producing, directing, acting). He made his Hollywood debut as an actor in 1932, and his heavy accent, mangling of the English language and hefty Laughtonesque features had him typecast as an eccentric, harried and/or villainous foreigner. He played Mae West's attorney in I'm No Angel (1933), a baron in Alice Faye's Sally, Irene and Mary (1938) and added to the fun in John Barrymore's self-parodying The Great Profile (1940). As a film director he stood out among his peers with such classics as Intermezzo (1939), the tearjerker with Ingrid Bergman and Leslie Howard that introduced Bergman to American audiences, and the robust swashbuckler The Corsican Brothers (1941). Most of Ratoff's appearances were in "B" fare in both leads and supporting roles. Ironically, he was often called upon to simply play himself -- namely, an excitable, whirlwind producer or director, prime examples of which are his MGM-like producer Julius Saxe in What Price Hollywood? (1932) and the nervous, mop-faced Broadway producer Max Fabian who tangles with Bette Davis' stage diva Margo Channing in All About Eve (1950). One English comedy, Abdullah's Harem (1955), which he produced, directed and starred in as a Middle Eastern monarch, was a dismal failure. Divorced from Leonovitch in 1949, Ratoff died of leukemia in 1960, the same year he appeared in the epic film Exodus (1960), and he directed the well-received biopic Oscar Wilde (1960) starring Robert Morley.

Once More, with Feeling!

The Moon Is Blue