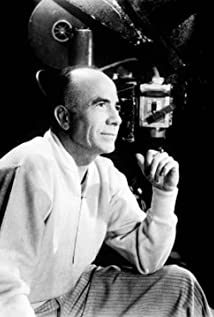 A former cartoonist, Gregory La Cava entered films during WWI as an animator for Walter Lantz on such animated films as "The Katzenjammer Kids" series. Hired by the Hearst Corp. as the editor-in-chief for its International Comic Films division, La Cava switched to live-action films in the 1920s and began directing two-reel shorts. Graduating to features, La Cava gained a reputation as a surefooted comedy director, responsible for such classics as My Man Godfrey (1936) and She Married Her Boss (1935). La Cava was equally proficient in other genres as well, turning out the dramatic Stage Door (1937) and the bizarre political fantasy Gabriel Over the White House (1933). He is also supposed to have directed some scenes in several of the films of his close friend W.C. Fields when Fields couldn't get along with the directors assigned to him, although there is no official record of this ever happening.

One Touch of Venus

Gabriel Over the White House