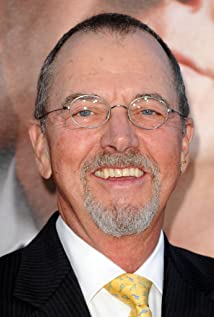 Gregory Itzin, accomplished stage, film and television actor is perhaps best known for his Emmy Award-nominated performance for Outstanding Supporting Actor in a Drama Series as 'President Charles Logan' in 24. Born in Washington, D.C. to parents Evelyn Loretta Itzin and Martin Joseph Itzin, Gregory Itzin and his family moved to Burlington Wisconsin at a young age, where is father became mayor. Itzin studied and trained at the American Conservatory Theatre in San Francisco, intending to become a theatre actor.Itzin's film credits most notably include the roles of 'John Archibald Campbell' opposite Daniel Day-Lewis in "Lincoln" for director Steven Spielberg; 'Jack Stern' in "The Ides of March" opposite Ryan Gosling and George Clooney, also directed by Clooney; 'Warden Iger' opposite Jamie Foxx and Gerard Butler in "Law Abiding Citizen" for director F. Gary Gray; his comedic portrayal of 'Flemming Steel' opposite Jason Bateman and Ryan Reynolds in "The Change-Up" for director David Dobkin and his memorable scene opposite Johnny Depp in "Fear And Loathing In Las Vegas" for director Terry Gilliam.In addition to his stand-out performance in 24, his television credits range from recurring roles on "Friends", "Murder One", "The Mentalist", "Desperate Housewives", "Covert Affairs" and "Mob City" to "Big Love", "The Practice" and "Boston Legal". Known as a frequent "Star Trek" actor, Itzin appeared as five different characters in "Star Trek: Enterprise", "Star Trek: Deep Space 9" and "Star Trek: Voyager". Being hired repeatedly by highly esteemed producers such as David E. Kelley, John Wells, Steven Bochco, David Milch, Rick Berman and Michael Piller, to name a few, is a testament to Itzin's praiseworthy performances.With the ongoing roles on television and appearances in dozens of films, his love for the theatre never waned. He was nominated for both Tony and Drama Desk Awards for his performance in the Pulitzer Prize-winning "The Kentucky Cycle" (which he performed in the world premiere at the Intiman Theatre, the Mark Taper Forum, Kennedy Center and on Broadway). He is a proud member of the Antaeus Theatre Company. In 2010 he won the L.A. Drama Critics Circle Award for his portrayal of 'Earl of Kent' in their production of "King Lear". Also a member of The Matrix Theatre Company, Itzin won several L.A. Drama Critics Circle Awards: for his portrayal of 'Vladimir' in "Waiting For Godot", 'McCann' in "The Birthday Party" and 'Lenny' in "The Homecoming" (both by the prolific Harold Pinter).He has lent his lyrical voice to many radio plays for LA Theatre Works, including "Arcadia", "Enron", "Oedipus The King", "Incident At Vichy", "Boats on a River", "Saint Joan" and most recently 'Comte de Guiche' in "Cyrano De Bergerac".Gregory has been married to his wife Judie for 39 years and has two children, son Wilke (also an actor) and daughter Julia. They are the proud grandparents of Wylder Itzin, beautiful son of Wilke and Talia Itzin.