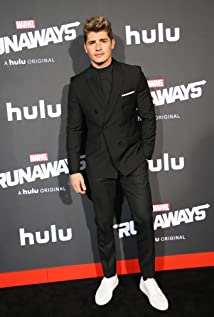 Gregg Sulkin is an actor/producer who was born in London, England. He most recently starred as Chase Stein in the Marvel/Hulu series "Marvel's Runaways".Sulkin is represented by Danielle Del (D2 Management).He boasts an impressive eight million followers across on his social media platforms.Mr. Sulkin has also won a Teen Choice Award, and been nominated for a People's Choice Award.

This Is the Year