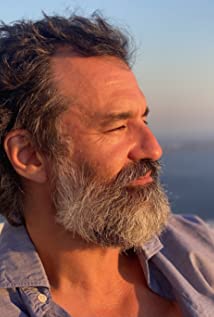 Emmy Award-winning director Greg Yaitanes has directed and produced over 200 hours of television, including some of the top series over the past two decades.Yaitanes most recently executive produced and directed The Twilight Zone with Jordan Peele hosting and airing on CBS All Access in spring of 2019. Prior to that, he served as showrunner, executive producer, and sole director of Netflix's Manhunt: Unabomber. This is the second time Yaitanes has been chosen to direct an entire series, making him the quintessential world builder. The 8-episode scripted true-life crime drama will depict the FBI's famed hunt for Ted Kaczynski, the deadliest serial bomber in history. Yaitanes also served as showrunner, executive producer, and directed the entire first season of Cinemax' critically acclaimed series Quarry.In addition to his recent projects, Yaitanes' extensive résumé includes such series as Castle Rock, Genius, Lost, Ray Donovan, Banshee and House, M.D. It was his work on House, M.D. that earned him an Emmy Award in 2008 for Outstanding Directing for a Drama Series. House became the most popular show worldwide with over 100 million people viewing it each week. Between House and Banshee, Greg has led his team to 29 Emmy nominations and 6 wins, including the first Emmy nomination for content aired exclusively online for the Fox series, Drive.Along with his work behind the camera, Yaitanes' professional tenacity has extended his reach into bridging Silicon Valley and Hollywood. With investments in start-up companies such as Square and Twitter, Yaitanes has made himself a well-respected name synonymous with technological foresight. As one of the company's original investors, Yaitanes is a frequent guest speaker at Twitter as well having created "live tweeting" for television.Yaitanes grew up in Wellesley, Massachusetts. At the age of 18, Yaitanes moved to Los Angeles to attend the University of Southern California's prestigious School of Cinematic Arts, and by 23, he landed his first directorial job. Yaitanes was so persistent that he once waited 7 hours for a 10-minute meeting with legendary film producer Joel Silver. After screening Yaitanes' work, Silver signed him for a second feature. Since then, Yaitanes' artistic talent and dedication have continued to lead him in a successful television career in the director's chair.Greg is married to Kosås Cosmetics founder, Sheena Yaitanes. They have a daughter Electra and the trio, along with Greg's sons Van and Leo, split time between New York and Los Angeles.

House of the Dragon