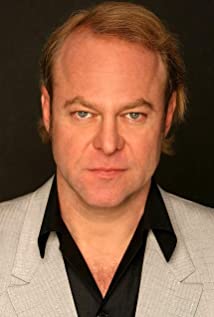 A native of Dallas, Texas, Greg has been a natural actor and award winning- stage performer since the age of twelve. During his thirty year career with well over 70 professional credits, Greg has worked with such A-list directors as: Zack Snyder, David Lynch, Paul Verhoeven, Bob Rafelson & Milos Forman.Greg's 2009 films include featured roles as the beleaguered "Deputy Neale" in Rob Zombie's Halloween II (2009), and a dead-on performance as Andy Warhol in Zack Snyder's spring blockbuster, Watchmen (2009). His recent starring roles include Jeff Broadstreet's Night of the Living Dead 3D (2006), and Sex and Death 101 (2007), alongside Simon Baker. His upcoming films, in 2010, include co-starring roles in The Trouble with Cali (2012), directed by Paul Sorvino as well as Satin (2011) with Melissa Joan Hart and Robert Guillaume.Greg is often recognized for his co-starring roles in Showgirls (1995) and Starship Troopers (1997). A versatile performer, Greg has also starred in a long list of television shows, such as CSI: Miami (2002), Cold Case (2003), Strong Medicine (2000), JAG (1995) and American Gothic (1995).As a stand-up comedian, Greg enjoys world-wide fame for his character, "David Sleaze, the Punk Magician". He can be seen on Rodney Dangerfield's "HBO Special". Greg appeared over twenty times on An Evening at the Improv (1981), Saturday Night Live (1975), The Tonight Show Starring Johnny Carson (1962) and many others. Greg has headlined at most of the top comedy clubs in the country and has been the opening act for such entertainment icons as: Cher, Tom Jones and Dolly Parton. His comedic abilities have been described as "absolutely inspired and truly magical" by Duncan Strauss, LA Times.Possessing a talent for both comedy and drama, he has the chameleon-like ability to play a wide range of characters, from tough cops to outrageous criminals, turning on a dime to play a sensitive flower salesman or comedic clown. He can change his voice and looks so profoundly one might not always recognize him; yet, he is as unforgettable as the characters he portrays. "Travis produces his series of characters and situations at a rapid fire pace and switches from one character to another with astonishing speed. It's hard to believe only 1 person is on stage". Teresa Simons, Dallas Times Herald. As a filmmaker, Greg has written and directed over twenty-five inventive independent short films and three feature-length films.Remaining loyal to his theatrical beginnings, Greg also produced and starred in a stage production entitled "America the Bizarre", where he played seven different characters in full make-up and costume, ending with a spot-on impression of comedy legend, Richard Buckley (aka Lord Buckley). Gene Stout, Seattle Post Intelligence wrote, "Greg Travis is a master of ethnic & regional accents, from the stuffy English chap to the gnarly California surfer dude". Greg also received great reviews for his portrayal of Andy Warhol in the stage play, "Girl of the Year". With thirty years experience as an actor, comedian, and filmmaker, Greg Travis brings a 360 degree wide-ranging approach to every project he undertakes. His unique blend of talents makes him a lucrative contribution to any production.