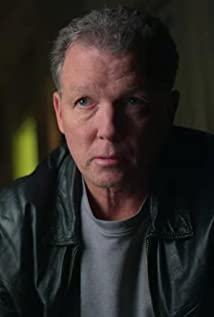 Greg Kading is a former LAPD homicide investigator. He was the lead detective in the homicide investigations of rap icons Tupac Shakur and The Notorious B.I.G. when the cases were reopened between 2006-2009. After his retirement he wrote a book that included all the new evidence that they had found during those investigations. That book later formed the basis for the documentary Murder Rap: Inside the Biggie and Tupac Murders (2015), which will receive a worldwide release on Netflix in the spring of 2016. Greg Kading is a retired LAPD detective who spent the majority of his career assigned to federal task forces investigating complex criminal organizations. Greg's field of expertise was drug, gang, and homicide investigations. In 2010, Greg retired from the LAPD's elite Robbery Homicide Division after 25 years of service.In 2010, Greg published his book, Murder Rap: The Untold Story of the Biggie Smalls and Tupac Shakur Murder Investigations. In 2018, the book was used as the basis for a limited scripted series on USA Network and Netflix; Unsolved: The Murders of Tupac and the Notorious B.I.G. Greg served as Co-Executive Producer on the project.In retirement, Greg owns and operates a successful private investigations firm; On Sight, Inc. Part Columbo and part Ray Donovan, Greg maintains a work philosophy that "some lines are meant to be crossed".

Biggie: The Life of Notorious B.I.G.