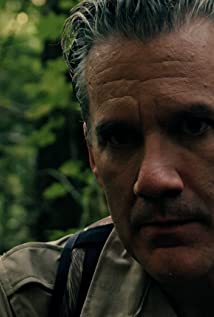 Greg James, after graduating in Theater Arts at the University of Oregon, went on to act professionally on the stage, while also performing a lead role in his first on-screen effort, The Dividing Hour. This sci-fi/horror movie was prominently featured in many fanzines and conventions, and was highlighted on "Roger Ebert & The Movies" as one of the top cult films of all time in 2000. A Special Edition version of the film was then later released for wider distribution on DVD and VOD in 2003.From there, Greg left the arduous time commitment of the stage, and acted in a number of independent short and feature films, playing a wide range of comedic and dramatic characters, most known for his silly turn in the classic short One Night Hand (2003), more serious flair in the dark feature The Heater (2005), and a romantic comedy stint in the feature Damaged Goods (2005).After taking six years off from acting with the birth of his first child and to work extensively behind the camera, in 2011, Greg melded all his technical skills and life experience together and plunged himself back into the acting arena. He has gone on to star in and support many short and feature films.Greg now has an extensive and varied acting resume and is most recognized for his silly roles in the viral on-line comedic 6-episode smash The Drunk Series (2015), a serious tone as a Series Regular in the television series TUFF TV's Combat Report (2015) as well as co-starring in an episode of Grimm (2016), and still raises a few eyebrows globally for his salacious part in Fox Searchlight's critically-acclaimed film Wild (2014), starring Oscar-winner Reese Witherspoon.

The Brain That Wouldn&#x27;t Die