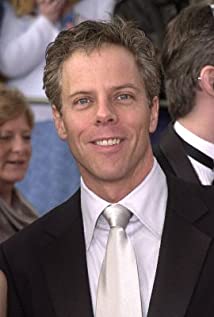 A native of Houston raised on Lookout Mountain outside of Golden, Colorado, Greg Germann was exposed to the performing arts at an early age, particularly through his father, an award-winning children's playwright and theater professor. As a Theater major at the University of Northern Colorado, a constant stream of plays led him to the gradual realization that acting would be his professional future. Buckling down at UNC, he graduated in two years and moved to New York. He became a member of Circle Repertory Company and Ensemble Studio Theatre, accumulating credits in such off-Broadway and Broadway plays as Steven Sondheim musical "Assassins", "The Person I Once Was" opposite Holly Hunter, and David Mamet's "War Games", among others. He has distinguished himself on the big screen portraying roles in various films. In addition to acting he also devotes himself to writing. His short film, Pete's Garden (1998), for which he also served as director and star, premiered in competition at the 1998 Sundance Film Festival and went on to air on The Sundance Channel in January 1999. He also wrote "The Observatory" a play performed at New York's Ensemble Studio Theatre.

Atlas Shrugged: Who Is John Galt?