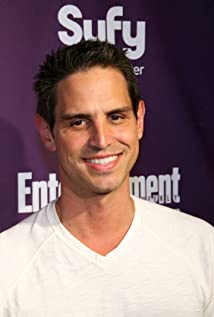 WGA, DGA and Golden Globe nominated writer, director, and producer, Greg Berlanti, is the force behind several of the most inventive and acclaimed works of film and television.He is the writer, director and producer behind several of the most creative and lauded television series, including ABC's "Brothers and Sister," "Eli Stone" (for which he was nominated for a WGA Award) and "Political Animals," the USA Network mini-series (for which he was nominated for a WGA, DGA and Golden Globe award). Berlanti started in television as a writer and executive producer on "Dawson's Creek" before going to to create and executive produce two of the WB's most critically acclaimed dramas - "Everwood" and "Jack & Bobby."Berlanti co-wrote and produced the Warner Bros. action film, "Green Lantern." He also directed "Life As We Know It," starring Katherine Heigl and Josh Duhamel, which grossed over $100m worldwide. In 2000, Berlanti made his film directorial debut with "The Broken Hearts Club."In 2013, he is Executive Producing both "Arrow," for the CW and "Golden Boy," for CBS and working on "The Tomorrow People," a new pilot for the CW.Berlanti resides in Los Angeles.