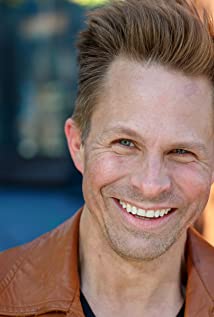 Until the age of 5, Grayson was convinced by his next-door neighbor that he was an alien. Once the disappointment had passed that he lacked extra-terrestrial talents, Gray (as he is known to human friends & family) was exposed to professional acting and theater by his mother; who had stints on The Green Hornet, Ozzie & Harriet, and The Patty Duke Show. Always up for adventure, Gray navigated an eventful adolescence, that included being pulled over naked after a Pink Floyd concert, and hunting a neighborhood alligator in a plastic pool raft. Now safe and sound in adulthood, Grayson has taken acting cues from great performances like Peter O'Toole in Lawrence of Arabia, Martin Sheen in Apocalypse Now, and Alec Guinness in The Bridge on the River Kwai. Never slowed by waiting for the phone to ring, this University of San Diego graduate now develops 'Passion Projects' by creatives who need help getting from script to screen: Directing, Producing, Writing, Hosting, and even Performing, when necessary. A traveling man by nature, Gray continues to walk the earth, in search of Nirvana, or, at least, good craft service....

Dying for a Baby