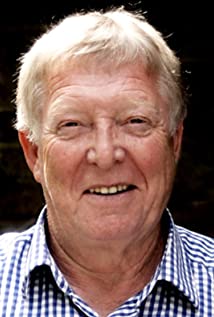 Graeme Harper was originally a child actor, appearing in adaptations of The Pickwick Papers (1952) and The Silver Sword (1957) among other productions, before becoming a floor assistant at the BBC in 1965 and then an assistant floor manager in 1969. He worked on the serials Doctor Who: Colony in Space: Episode One (1971), Doctor Who: Planet of the Daleks: Episode One (1973) and Doctor Who: Planet of the Spiders: Part One (1974) during the Jon Pertwee years, and Doctor Who: The Seeds of Doom: Part One (1976) and Doctor Who: Warriors' Gate: Part One (1981) in the Tom Baker era.In 1980 Harper started on the BBC's director's course. Doctor Who: The Caves of Androzani: Part One (1984) was the first job he got as a freelance director after working on Angels (1975) for Julia Smith. Harper went on to direct one further Doctor Who (1963) story, Doctor Who: Revelation of the Daleks: Part One (1985), and was also to have directed the third story in the abandoned season twenty-three, which would have been either Philip Martin's "Mission to Magnus" or Robert Holmes's "Yellow Fever and How to Cure It".Harper quickly became one of the industry's most competent and sought-after directors, working on almost every popular drama series in the UK. In 1993, he was scheduled to direct "The Dark Dimension", the ultimately aborted 30th anniversary Doctor Who (1963) story.