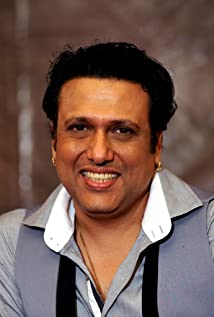 Govinda was born on December 21, 1963. Govinda has acted in over 120 films since his debut in 1986. Govinda is best-known for his comedy related roles; his powerful contribution in dancing in bollywood is inevitable. He is one of the most successful actors and is definitely the best dancer in bollywood. His hardworking mentality and consistent performance made him a top class actor in bollywood.He is known to be one of the most down to earth and kind hearted actors.He has acted with all bollywood greats which include amitabh bachchan, dilip kumer,akshay kumer, aishwariya rai,salman khan and madauri dixit.He had great success with family based movies such as Dariya Dil(1988),Swarg(1990)and Hum(1991).He worked with David Dhawan for the first time in the 1989 action film Taaqatwar. He then formed a successful collaboration with him and then went onto act in 18 movies directed by him most of which were comedy films. The most successful films during their collaboration included Shola Aur Shabnam(1992), Aankhen(1993), Raja Babu(1994), Coolie No. 1(1995), Saajan Chale sasural(1996), Hero No. 1(1997), Deewana Mastana(1997), Bade Miyan Chote Miyan(1998), Haseena Maan Jaayegi(1999), Jodi No. 1(2001) and Partner(2007)Having huge success in comedy based roles, he then also tried his luck for a villainous role in the movie 'Shikari' directed by N.Chandra. His performance in the movie was critically acclaimed. After a bad phase during 2002 until 2005, he actually made the biggest ever successful comeback ever witnessed in Bollywood with a number of hits, starting with bhagam bhag in 2006 and a critically praised performance in salaam e ishq in 2007.After His latest 2007 release is the David Dhawan directed romantic comedy Partner. The film became the second highest domestic opening week gross for an Indianfilm and became a blockbuster and is ranked in the top 3 movies of 2007 in India. After his successful comeback in 2006 and 2007, he has been on a signing spree and is acting in many big movies ready for 2008 and 2009 with top directors of india. Amongst other work he has come on as a guest on indian reality shows which are based on the X factor and strictly come dancing in the UK