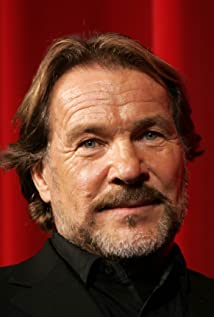 Götz George, born in Berlin in 1938, is the son of the famous actor Heinrich George and his wife, the actress Berta Drews. After first appearances on the stage of Berlin's Hebbel Theater during his childhood, Götz George was trained as an actor by the recognized teacher Else Bongers. At the age of 15, Götz George started his career as a movie actor. In 1960 he received his first major award (the Bundesfilmpreis) for his appearance in the film 'Jacqueline' (directed by Wolfgang Liebeneiner), followed by the German Critics Award in 1961. A year later he received the public "Bambi"-award as the most popular German actor. Between 1959 and 1969 Götz George appeared in 26 cinema features, among them 'Kirmes' (directed by Wolfgang Staudte), 'Das Mädchen und der Staatsanwalt' (director Jürgen Goslar), 'Liebe will gelernt sein' (director Kurt Hoffmann), 'Sie nannten ihn Gringo' (director Roy Rowland) and 'Ostwind' (director Jean-Luc Godard). George's next movie production was 'Aus einem Deutschen Leben', directed by Theodor Kotulla, in 1977, where he gave a highly praised performance as the KZ commander Rudolf Höss. The movies 'Abwärts' in 1984 and 'Zahn um Zahn' in 1985 (the latter based on the TV-series 'Schimanski') were both successful at the box office and among critics. In 1985, George received the German Cinema Award (Charlie-Chaplin-Schuh) and the Gold Ribbon (Bundesfilmpreis) as best German movie actor. After starring in 'Zabou' in 1987 (another 'Schimanski'-adaption for cinema) and the action thriller 'Die Katze' in 1988, Götz George appeared in 'Der Bruch', the first East-West-German co-production for cinema, directed by Frank Beyer in 1988. The location of his next film was Argentina, where he starred in the movie 'Blauäugig', produced in 1989 under the direction of Reinhard Hauff. In 1991 George played a lead role in Helmut Dietl's comedy 'Schtonk', a big success in Germany among audience and critics, and official German nomination for the Oscar. For this performance, George again received the Gold Ribbon (Bundesfilmpreis) as best actor. Perhaps his most prominent achievement, however, was the role of the serial killer Fritz Haarmann in Romuald Karmakar's movie 'Der Totmacher', for which he received the Coppa Volpi, the actor's award of the Venice Film Festival in 1995 and, once more, the Gold Ribbon (Bundesfilmpreis) in 1996. In the same year he again appeared in another highly successful film by Helmut Dietl, 'Rossini'. In early 1997, George starred in the movie 'Das Trio', directed by Hermine Huntgeburth, and during the last two months he was filming the thriller 'Solo für Klarinette', directed by Nico Hofmann, a movie adaption of the successful novel by Elsa Lewin. In summer of 1998, Götz George starred as Josef Mengele in Roland Suso Richter's film 'After the Truth / Nichts als die Wahrheit'. In 2000 he played the advertiser Eddie Kaminski in the feature film 'Commercial Man', directed by Lars Kraume, he was strange bird Heinrich in 'Gott ist tot' (2001, written and directed by Kadir Sözen) and designer Jost in 'Maria an Callas' (2004/5, written and directed by Petra K. Wagner).During the seventies, Götz George worked for television and theater. Among others, notable stage appearances were in 'Troilos und Cressida' (as Troilus), in 'Martin Luther und Thomas Münzer' (as Luther), in 'Endstation Sehnsucht' ('A Streetcar Named Desire' - as Kowalski), in 'Dantons Tod' (as Danton) and in 'Platonow' (as Platonow). Though Götz George has been a popular German movie actor for four decades, he gained his perhaps most unique popularity for the impersonation of the police detective Horst Schimanski in the 'Tatort' TV-series from 1981 to 1991. Aside from their success in Germany, the 'Schimanski' films have introduced George to TV-audiences worldwide: 427 million people have watched so far. Moreover, George's appearances in numerous other successful TV features have made him the most well-known and mostly decorated German actor of our time. After a six-year-intermission, Schimanski returned to German TV-screens in the end of 1997 and has been continued since. Other successful TV-appearances include 'Schulz & Schulz' (1989-93), 'Das Schwein' (1994), 'Der Sandmann' (1995), and 'Die Bubi Scholz Story' (1997). In 1999 Götz George was shooting for the TV feature film 'Die Spur meiner Tochter' in Marocco.The year 2000 started with two further 'Schimanski' movies and was closed with shoots for the TV movie 'Liebe macht blind' in South Africa. ), 'Vinzenz & Claire' followed in 2002. In 2003 und 2004 Götz George starred in 'Blatt & Blüte' (director: Michael Kreindl), 'Alpenglühen I+II' (director: Hajo Gies), and in 'Einmal so, wie ich will' (Regie: Vivian Naefe) along with the suspense-packed feature 'Geheimnissvolle Freundinnnen', filmed by young director Oliver Elias. In 2002 Götz George played one of the leads in the TV movie 'Mein Vater', which won the Emmy Award for best foreign feature film in 2003. The 'Schimansk

Scene of the Crime: A Tooth for a Tooth

Death Is My Trade