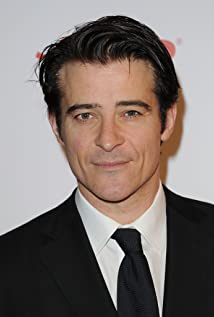 Goran Visnjic is a Croatian American actor and producer, born in Sibenik, Croatia. He is married to Eva Visnjic (formerly Ivana Vrdoljak) with whom has three children. From an early age Visnjic started appearing in various theater plays. At the age of 16, he had his screen debut in the film Braca po materi (1988). In 1990, when the dissolution of Yugoslavia began, Visnjic was serving a one-year military obligation in the Yugoslavian Army (JNA). He left the JNA and returned to Sibenik, where he joined the Croatian Army in the defense of his hometown. After leaving the army, he moved to Zagreb and enrolled at the Academy of Dramatic Art. In his second year of studies at the academy, Visnjic was chosen for the title role in Shakespeare's Hamlet, which made him the youngest actor to play that role. Prior to joining ER (1994) in 1999, Visnjic played several minor roles in the films like The Peacemaker (1997), Welcome to Sarajevo (1997) and Practical Magic (1998). In 1998, he appeared in Madonna's music video for the song "The Power of Goodbye", which opened the doors of Hollywood for him.