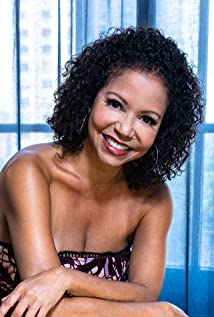 Gloria Reuben is an actress, singer and published author whose impressive credentials in television, film, theater and music include portraying the HIV+ physician assistant "Jeanie Boulet" on the hit NBC series ER (a role that garnered her two Emmy nominations and a Golden Globe nomination) and acting in multiple regular starring roles in many other television series, including Raising The Bar, Falling Skies and Marvel TV's Cloak & Dagger. Gloria's current role is "Eloise Hastings" on Showtime's City On A Hill.Gloria completed her role as "Krista Gordon" (the therapist to Rami Malek's "Elliot Alderson") in the hit TV series Mr. Robot. As Rolling Stone wrote in their review of the Mr. Robot series finale: "...what makes the scene so powerful are the performances by Rami Malek and Gloria Reuben (who delivers a masterclass in how to convey so much information while making it feel emotionally resonant)."In film, Gloria portrayed "Elizabeth Keckley" alongside Daniel Day-Lewis & Sally Field in the Steven Spielberg film Lincoln, appeared with Paul Rudd and Tina Fey in Paul Weitz's Admission, and starred opposite Samuel L. Jackson in Reasonable Doubt. Gloria's portrayal of Condoleezza Rice in David Hare's play Stuff Happens at The Public Theater in NYC garnered her a Lucille Lortel Award for Best Actress.In music, Gloria's career includes being a backup singer for Tina Turner in 2000, which led her to record her solo record Just For You. Gloria released her first jazz album Perchance To Dream in 2015 on the iconic Mcg Jazz label, and her new album For All We Know was released on Valentine's Day 2020, again on the Mcg Jazz label, to rave reviews!Gloria's non-fiction book My Brothers' Keeper: Two Brothers. Loved. And Lost. (an intimate tribute to her two brothers who have passed away) was published by Post Hill Press in November 2019.Gloria is also an activist, committing her efforts to the mental health organization Vibrant Emotional Health, and to human rights issues with the RFK Center for Justice and Human Rights.

The Music in Me