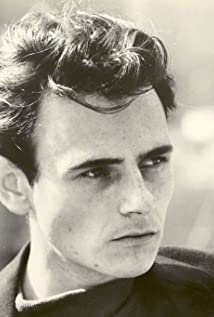 From 1955 - 1960, Glenn Cannon was in New York City. He appeared on Broadway in A Moon for the Misbegotten and The Good Woman of Setzuan, and Off Broadway in 20 plays, among which were the famed productions of The Three Penny Opera at the Theatre DeLys and The Iceman Cometh at Circle in the Square. His tours included leading roles in West Side Story, Tea and Sympathy, and I Can Get It for You Wholesale. His television appearances in leading and supporting roles included such network live productions as Studio One (1948), Playwrights '56 (1955), Camera Three (1955), Hallmark Hall of Fame (1951). He also worked on two motion pictures shot in New York City during this time period: Cop Hater (1958) and Mad Dog Coll (1961). (Both are still seen on late-night TV in the United States.)From 1960 - 1965, Cannon was in Los Angeles. He appeared in supporting and starring roles on television, which included episodes of Combat! (1962), 77 Sunset Strip (1958), The Gallant Men (1962), Alfred Hitchcock Presents (1955), Johnny Staccato (1959), No Time for Sergeants (1964), and The Outer Limits (1963).From 1965 - 1968, Cannon was a resident actor-director-teacher with the Stanford Repertory Theatre, an Equity company of nine actors supplemented by students in Stanford's theatre program. This was a pilot project for three years funded by the Rockefeller Foundation. During his time in California, he directed 15 stage productions.In 1968, Cannon came to the University of Hawaii at Manoa as a drama professor. Shortly thereafter, he was cast as District Attorney John Manicote in Hawaii Five-O (1968), and played this recurrent role for eight years on the CBS series. He later played Dr. Ibold for eight years on Magnum, P.I. (1980) and made several appearances in principal roles on Tour of Duty (1987) and Jake and the Fatman (1987). He subsequently acted in several made-for-television movies filmed in Honolulu and played the recurring role of Dr. Landowski on the short-lived CBS series Island Son (1989) with Richard Chamberlain. Cannon also appeared in Miracle Landing (1990), based on the real-life air accident of Aloha Airlines Flight 243, and the feature film Picture Bride (1994) that included in its cast, Toshirô Mifune and Tamlyn Tomita.Since making Hawaii his home, in addition to teaching, Cannon has remained active in acting and directing for the stage. Presently, he has directed over 108 plays at Kennedy Theatre, Diamond Head Theatre, Manoa Valley Theatre, and other venues in Hawaii. His stage appearances in Hawaii include starring roles in Othello (as Iago), J.B. (as The Devil), The Sunshine Boys (as Willie), Death of a Salesman (as Willy Loman), Follies (as Buddy), and I'm Not Rappaport (as Nat) among others. His efforts have not gone unnoticed by the local theatre community. Cannon is the winner of a total of 11 Po'okela Awards for Excellence in Directing and another for Best Actor since the awards were instituted in 1983 by the Hawaii State Theatre Council.