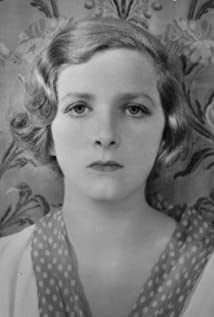 Gladys Cooper was the daughter of journalist William Frederick Cooper and his wife Mabel Barnett. As a child she was very striking and was used as a photographic model beginning at six years old. She wanted to become an actress and started on that road in 1905 after being discovered by Seymour Hicks to tour with his company in "Bluebell in Fairyland". She came to the London stage in 1906 in "The Belle of Mayfair", and in 1907 took a departure from the legitimate stage to become a member of Frank Curzon's famous Gaiety Girls chorus entertainments at The Gaiety theater. Her more concerted stage work began in 1911 in a production of Oscar Wilde's comedy "The Importance of Being Ernest" which was followed quickly with other roles. From the craze for post cards with photos of actors - that ensued between about 1890 and 1914 - Cooper became a popular subject of maidenly beauty with scenes as Juliet and many others. During World War I her popularity grew into something of pin-up fad for the British military.In the meantime she sampled the early British silent film industry starting in 1913 with The Eleventh Commandment (1913). She had roles in a few other movies in 1916 and 1917. But in the latter year she joined Frank Curzon to co-manage the Playhouse Theatre. This was a decidedly new direction for a woman of the period. She took sole control from 1927 until other stage commitments in 1933. She was also doing plays, some producing of her own, and a few more films in the early 1920s. It was actually about this time that she achieved major stage actress success. She appeared in W. Somerset Maugham's "Home and Beauty" in London in 1919 and triumphed in her 1922 appearance in Arthur Wing Pinero's "The Second Mrs. Tanqueray". It was ironic that writer Aldous Huxley criticized her performance in "Home and Beauty" as "too impassive, too statuesque, playing all the time as if she were Galatea, newly unpetrified and still unused to the ways of the living world." On the other hand, Maugham himself applauded her for "turning herself from an indifferent actress (at the start of her career) to an extremely competent one". She also debuted the role of Leslie Crosbie (the Bette Davis role in the 1940 film) in Maugham's "The Letter" in 1927.In 1934 Cooper made her first sound picture in the UK and came to Broadway with "The Shining Hour" which she had been doing in London. She and it were a success, and she followed it with several plays through 1938, including "MacBeth". About this time Hollywood scouts caught wind of her, and she began her 30 odd years in American film. That first film was also Alfred Hitchcock's first Hollywood directorial effort, Rebecca (1940). Her's was a small and light role as Laurence Olivier's gregarious sister, but she stood out all the same. Two years later she bit into the much more substantial role as Bette Davis' domineering and repressive mother in the classic Now, Voyager (1942) for which she received a well deserved Oscar nomination for Best Supporting Actress - the first of three. Though aristocratic elderly ladies was a role she revisited in various guises, Cooper was very busy through 1940s Hollywood.She returned to London stage work from 1947 and stayed for some early episodic British TV into 1950 before once again returning to the US, but was busy on both sides of the Atlantic until her passing. Through the 1950s and into the 1960s Cooper did a few films but was an especially familiar face on American TV in teleplays, a wide range of prime time episodic shows, and popular weird/sci-fi series: several Alfred Hitchcock Presents, Twilight Zone, and Outer Limits. When Enid Bagnold's "The Chalk Garden" opened in London in 1955, Cooper debuted as Mrs. St. Maugham and brought it to Broadway in October of that year where it ran through March of 1956. Her last major film was My Fair Lady (1964) as Henry Higgins' mother. The year before she had played the part on TV. In the film, the portrait prop of a fine lady over Higgins' fireplace is that of Cooper painted in 1922. She wrote an autobiography (1931) followed by two biographies (1953 and 1979). In 1967 she was honored as a Dame Commander of the Order of British Empire (DBE) for her great accomplishments in furthering acting.

The Man Who Loved Redheads

Thunder on the Hill