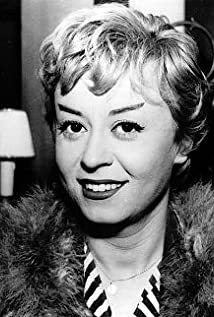 Born in San Giorgio di Piano, Giulietta Masina spent part of her teenage years living with a widowed aunt in Rome, where she cultivated a passion for the theater and studied for a degree in Philosophy. She began her career on the radio with the program "Terzoglio" (1942), about the adventures of newlyweds Cico and Pallina from scripts written by Federico Fellini. The series brought her great success. The following year she married Fellini and became the inspirational muse for many of his films.She made her cinema debut in Without Pity (1948), directed by Alberto Lattuada, but really established her reputation with her next few films: Behind Closed Shutters (1951), directed by Luigi Comencini, Variety Lights (1950), which also marked Fellini's debut as director (the film credits both Fellini and Lattuada); and Europe '51 (1952), directed by Roberto Rossellini. Her artistic partnership with her husband really took off with the Oscar-winning La Strada (1954), followed by Il Bidone (1955) and the widely acclaimed Nights of Cabiria (1957), which again won an Oscar and brought her the award for Best Female Performance at the Cannes Film Festival. Over the following years she played many memorable roles in such films as Fortunella (1958), directed by Eduardo De Filippo; ...and the Wild Wild Women (1959), directed by Renato Castellani; and later in Juliet of the Spirits (1965) and Ginger and Fred (1986), both directed by Fellini.From 1966 to 1969 she hosted the immensely popular radio show "Lettere aperte a Giulietta Masina" and starred in the television series Eleonora (1973), by Tullio Pinelli, directed by Silverio Blasi, and Camilla (1976), directed by Sandro Bolchi, based on the novel by Fausta Cialente, "Un inverno freddissimo" (1966).She died in Rome in 1994, just a few months after the death of her husband.

Juliet of the Spirits

The Nights of Cabiria