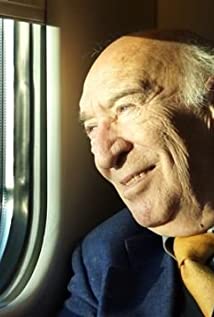 Born in 1930 in Genoa. Still a young student in 1950 when director Carlo Lizzani gave him a role in the film Achtung Banditi!. Following this experience he traveled to Rome where, after acting in film and theatre, he became the Assistant Director of Lizzani, Gillo Pontecorvo, Sergio Leone, Francesco Rosi. In 1960 he made his debut as a Director with Tiro Al piccione, a film about the Partisan Resistance, on competition at the 1961 Venice Film Festival. In 1964 he directed La Moglie Svedese, an episode of the film Extraconiugale. With his second movie, Una Bella Grinta, won the special prize of the jury at the Berlin Film Festival in 1965, a film about a social climber in Italy during the time of the economic miracle. That year he also directed the second unit of Pontecorvo's masterpiece The Battle Of Algiers.After having filmed for Paramount the heist movie Ad ogni costo (Grand Slam - 1967) and the gangster film Gli intoccabili (Machine Gun McCain (1969)) in the US, Montaldo returned to Italy to direct Gott Mit Uns (The Fifth Day of Peace (1970)), Sacco E Vanzetti (in competition at Cannes Film Festival, where it won Best Actor 1971) and Giordano Bruno (1973). These films received great recognition and were widely appreciated at various film festivals around the world. The theme of the Resistance underlined L'Agnese Va A Morire directed by Montaldo in 1977.In 1980 the director engaged in the production of a television series about the exploration of Marco Polo, an international coo-production with RAI, BBC and NBC. It was filmed in Italy, the Middle East, Tibet, Mongolia and China. It was shown in 76 nations, and won 4 Emmy Awards. Other awards worldwide for cinematography, production design and costumes were received. Montaldo's experience with China reveals a turning point in his work.Other films he directed are Circuito Chiuso (in competition at the Berlinale in 1978 and in permanent exhibition at the MOMA), Il Giocattolo, Gli Occhiali D'Oro, Il Giorno Prima, Tempo Di Uccidere.Always worked with an international cast. Some of the actors that worked with him are: Burt Lancaster, Ruppert Everett, Nicolas Cage, Philippe Noiret, Janet Leigh, Edward G. Robinson, John Cassavetes, Peter Falk, Rade Serbedzija, Charlotte Rampling, Ingrid Thulin, Anne Bancroft, John Gielgud, F. Murray Abraham, Leonard Nimoy.Some of his usual collaborators have been score composer Ennio Morricone and cinematographer Vittorio Storaro.Montaldo is also internationally recognized as a Opera director, directed commercials, documentaries and experimental film technology projects. From 1999 he was president of RAI Cinema, a major film production company, for 5 years in which the movies he produced became box office hits, won awards all over the world and formed a new generation of Italian directors.In 2001 he was appointed Cavaliere di Gran Croce by the italian President Ciampi, one of the top honors of the Republic.

The Haunting of Helena