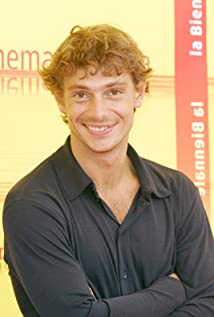 He was born in Bergamo (Northern Italy) on 22th June 1973. His father, an expert in martial arts, introduced him to these disciplines when he was 6 years old. He soon reached the highest rank in the Chinese martial art of wushu. In 1987 and 1988, he spent some time in China to refine his techniques. In 1992, he finally moved to China where he attended the physical education lessons at the University of Beijing. In 1993, the Milestone Production Ltd from Honk Kong was looking for a European/American actor who could master martial arts and he was chosen for the role of a young American who becomes a shaolin monk. After three movies, he decided that his Chinese experience was over. He went back to Italy, where he continued his sport career, while studying acting. In 1994, he became a member of the Italian national team and won a European Championship. He then moved to Los Angeles to improve his acting skills and he was cast for Dragon Fury II (1996). In 1995 he finally returned to Italy. He played the role of a young student rebelling against the fascist regime in Little Teachers (1998). In 1997, he met director Gabriele Muccino, with whom he worked several times (But Forever in My Mind (1999); The Last Kiss (2001)). In 1998 he renounced his sport career and became a professional actor. In the same year he was the host of Cinematoc (1995), the MTV Italy show about cinema. In 1999, he was the protagonist of an important campaign for the prevention of AIDS. In 2000 he was on stage with the work "Le poligraphe," directed by the Canadian Robert Lepage. In 2001, he starred in the music video of the song "Luce - Tramonti a Nordest" with the Italian singer Elisa. In 2002, he became very popular in Italy with the TV series Distretto di polizia (2000) (3rd and 4th season). His characters often represent the doubtful and confused Italian thirty-something generation.