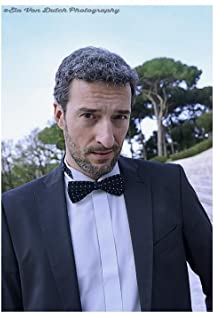 Born in Naples and raised in Rome, Giorgio Caputo studied economics in London before pursing his passion to become a thespian. He studied acting theory, textual interpretation, improvisation, voice and movement at the Scuola di recitazione di Beatrice Bracco in Rome and is also a member of the Actor's Center of Michael Margotta. After completing these courses he continued to train in both Italy and the United States with several notable acting coaches including, Francesca De Sapio, Geraldine Baron, and as well as workshops with Sofia Coppola, Vincent Schiavelli, Greta Seacat and Pierpaolo Sepe. Giorgio appeared the first time on the screen in the film "Naja" in 1997. Since then he has balanced a career as both a leading man and journeyman character actor while appearing in several feature films and television serials. Some of his notable roles include 'Gufo' - the sensitive stuttering friend in the biography film "Rino Gaetano", 'Escamillo' the sexy bullfighter in "Carmen", 'Armando' the goofy metro-sexual publicist in "Sfiorarsi" and 'Ricotta' - the cynical yet philosophical killer in the critically acclaimed "Romanzo Criminale", which has been sold around the world. Giorgio made his theatrical debut with "Cyrano de Bergerac" directed by Giuseppe Patroni Griffi in 1999. He continues to be passionate about theatre and has appeared in several Roman productions. He is quite well known for his comedy skills. In 2008, Giorgio made his writing and directorial debut with the award winning short film "Action". The production won numerous awards including, Best Director at BISFF 2008 and Nastro d'Argento for Best Actor (De Matteo). In his down time from acting, he continues to direct commercials and plays while writing and developing future projects. In addition to acting, Giorgio performs as a member of the Italian band, "Orchestraccia". They have recently completed their second album released in april 2016.