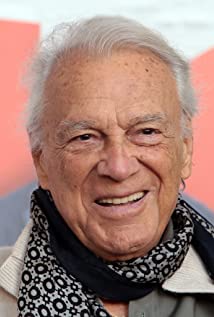 For French art film lovers, Giorgio Albertazzi appeared out of nowhere and literally fascinated them in Alain Resnais and Alain Robbe-Grillet's unidentified object known as Last Year at Marienbad (1961). Elegant, seductive, with a hypnotizing Italian accent, he tried to persuade an elegant, seductive woman speaking in a singsong voice that he had been her lover the year before in the same luxury hotel ... The lady, the marvelous 'Delphine Seyrig'did not seem to remember him. And life imitating art, it looked as if Giorgio Albertazzi, despite a haunting presence in a haunting film would also return to oblivion immediately after the release of this atypical movie; The man of one film? Of course not. He did make others in his native country, but mainly minor unpretentious works, nothing on a par with Last Year at Marienbad (1961). Obviously, cinema has helped the actor to keep body and soul together, nothing more. His contribution to Italian television is more ambitious, either as an actor, a scriptwriter or a director. His best role on the small screen may be Dostoievsky's moving Prince Miskin in Giacomo Vaccari's remarkable mini-series L'idiota (1959). He also interpreted Dante Alighieri and Don Giovanni in two interesting TV films or series directed by Vittorio Cottafavi. And wearing the three hats of actor (as Doctor Jekyll and Mister Hyde), writer (adapting Robert Louis Stevenson and director, he was very successful with Jekyll (1969). However, Albertazzi's main activity and great love has always been the stage. An actor since 1949 and still active after all these years, he debuted in William Shakespeare's "Troilus and Cressida" under the direction of Luchino Visconti. Since then he has performed in scores of plays by Luigi Pirandello, George Bernard Shaw, Lillian Hellman, Gabriele D'Annunzio, among others. Into the bargain, this great name of the Italian theatre has been running a dramatic school from the mid-nineties as well as the Teatro di Roma since 2003. All in all, Giorgio Albertazzi did not come out of nowhere when Alain Resnais, a director who has always loved actors, chose him for being X the stranger in Last Year at Marienbad (1961). And he did not return to oblivion either. Just ask Italian theatre lovers if they have forgotten him and you will see!

All There Is to Know

Five Women for the Killer

The Assassination of Trotsky