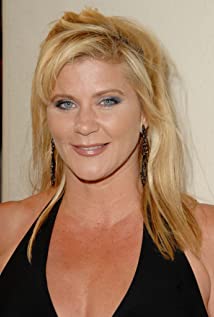 Born in Rockford, Illinois, on December 14, 1962, Ginger Lynn Allen went to California in 1982 to visit her ill grandfather. She decided to stay and found employment as a manager at a Musicland record store in Redlands. She had lived in a trailer in one of the worst parts of the city for almost a year when she answered an ad for figure models. This led to employment the same day and a layout in Penthouse magazine. Work in the adult-film industry soon followed. She worked in the industry from December 1983 through February 1986, making a total of 69 films (plus countless re-issues and compilations). She retired, partially because the work was no longer fun and she had very little time off. That same year, she was approached by the FBI to testify on behalf of Traci Lords, who had just been exposed as having been underage during her years in the adult-film industry. She refused and was eventually arrested for tax evasion. Following her years in adult movies, she appeared in many "legit" films throughout the late 1980s and 1990s-- most notably the "Vice Academy" films. She also starred in Metallica's music video "Turn the Page." She has a son, who she gave birth to on March 24, 1996. She tours gentlemen's clubs around the country, and signed a comeback deal with VCA Pictures in 1999. She has starred in four new adult movies so far: Torn (1999), White Lightning (2000), New Wave Hookers 6 (2000) and Taken (2001).

House of Many Sorrows

Evil Breed: The Legend of Samhain