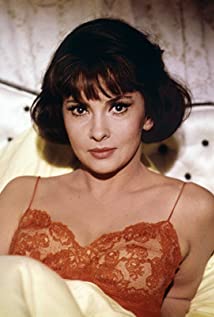 Takma İsimler: The Most Beautiful Woman in the World, The Mona Lisa of the 20th Century, La Lollo

Gina Lollobrigida was born on July 4, 1927 in Subiaco, Italy. Destined to be called "The Most Beautiful Woman in the World", Gina possibly had St. Brigid as part of her surname. She was the daughter of a furniture manufacturer, and grew up in the pictorial mountain village. The young Gina did some modeling and, from there, went on to participate successfully in several beauty contests. In 1947, she entered a beauty competition for Miss Italy, but came in third. The winner was Lucia Bosè (born 1931), who would go on to appear in over 50 movies, and the first runner-up was Gianna Maria Canale (born 1927), who would appear in almost 50 films. After appearing in a half-dozen films in Italy, it was rumored that, in 1947, film tycoon Howard Hughes had her flown to Hollywood; however, this did not result in her staying in America, and she returned to Italy (her Hollywood breakout movie would not come until six years later in the John Huston film Beat the Devil (1953)).Back in Italy, in 1949, Gina married Milko Skofic, a Slovenian (at the time, "Yugoslavian") doctor, by whom she had a son, Milko Skofic Jr. They would be married for 22 years, until their divorce in 1971. As her film roles and national popularity increased, Gina was tagged "The Most Beautiful Woman in the World", after her signature movie Beautiful But Dangerous (1955). Gina was nicknamed "La Lollo", as she embodied the prototype of Italian beauty. Her earthy looks and short "tossed salad" hairdo were especially influential and, in fact, there's a type of curly lettuce named "Lollo" in honor of her cute hairdo. Her film Come September (1961), co-starring Rock Hudson, won the Golden Globe Award as the World's Film Favorite. In the 1970s, Gina was seen in only a few films, as she took a break from acting and concentrated on another career: photography. Among her subjects were Paul Newman, Salvador Dalí and the German national soccer team.A skilled photographer, Gina had a collection of her work "Italia Mia", published in 1973. Immersed in her other passions (sculpting and photography), it would be 1984 before Gina would grace American television on Falcon Crest (1981). Although Gina was always active, she only appeared in a few films in the 1990s. She retired from acting in 1997 after 50 years in the motion picture industry. In June 1999, she turned to politics and ran, unsuccessfully, for one of Italy's 87 European Parliament seats, from her hometown of Subiaco. Gina was also a corporate executive for fashion and cosmetics companies. As she told Parade magazine in April 2000: "I studied painting and sculpting at school and became an actress by mistake". (We're glad she made that mistake). Gina went on to say: "I've had many lovers and still have romances. I am very spoiled. All my life, I've had too many admirers."

One Hundred and One Nights